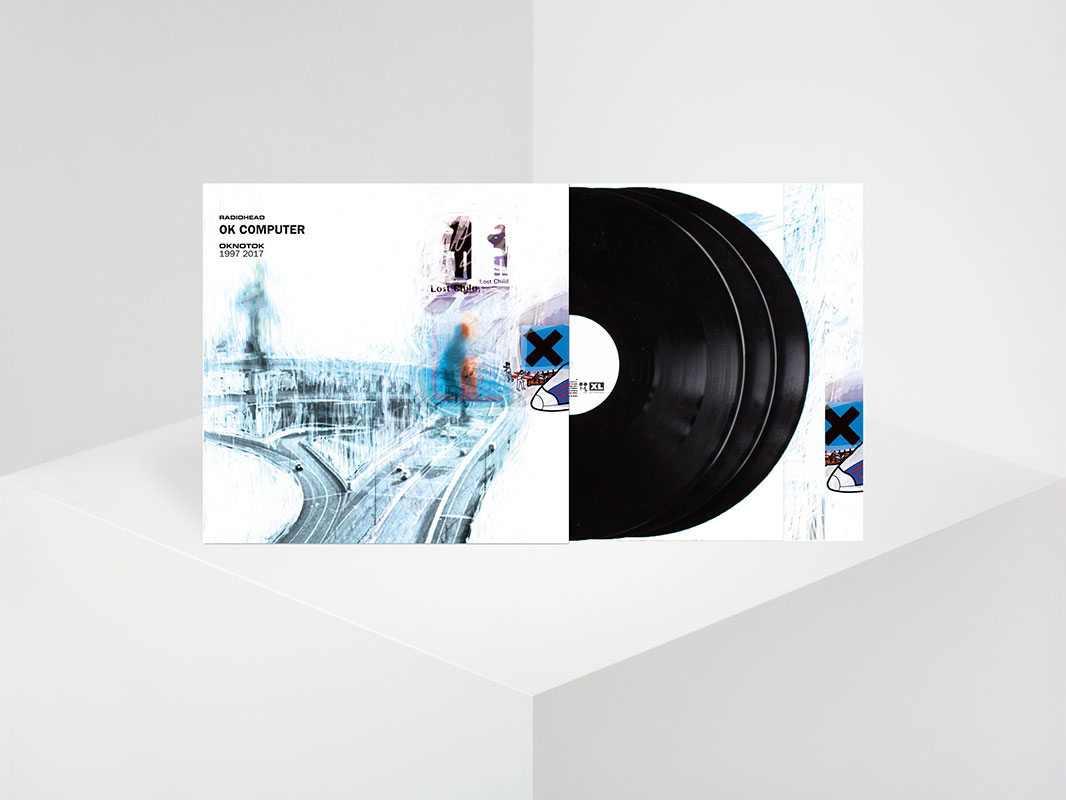 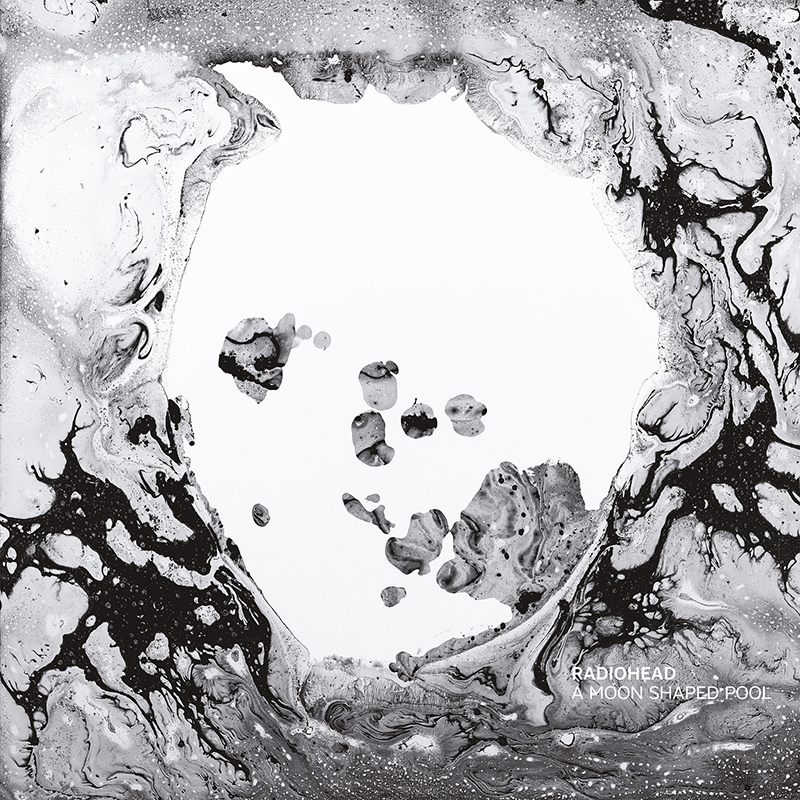 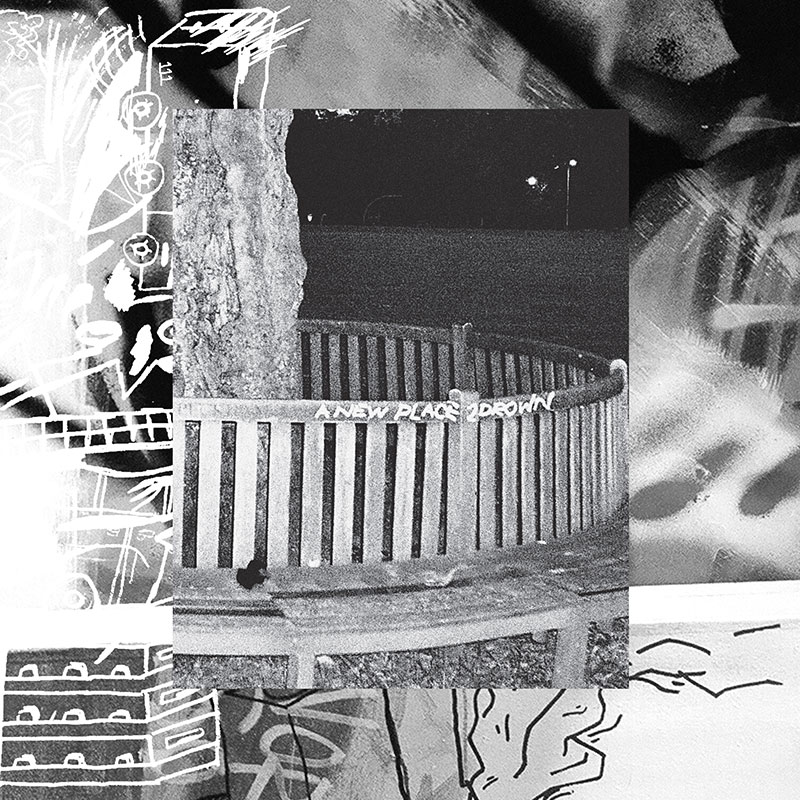 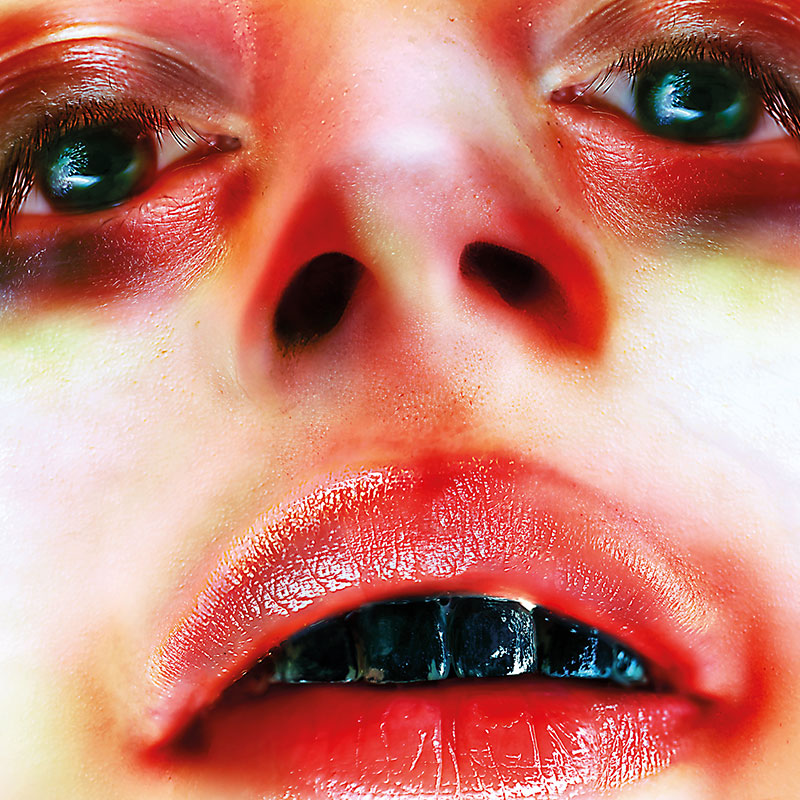 Inside a black box emblazoned with a dark image of a burned copy of OK COMPUTER are three heavyweight 180 gram black 12" vinyl records and a hardcover book containing more than 30 artworks, many of which have never been seen before except by us, and full lyrics to all the tracks except the ones that haven't really got any lyrics. Under this weighty tome are yet more surprises: a notebook containing 104 pages from Thom Yorke's library of scrawled notes of the time, a sketchbook containing 48 pages of Donwood and Tchock's 'preparatory work' and a C90 cassette mix tape compiled by us, taken from OK COMPUTER session archives and demo tapes.